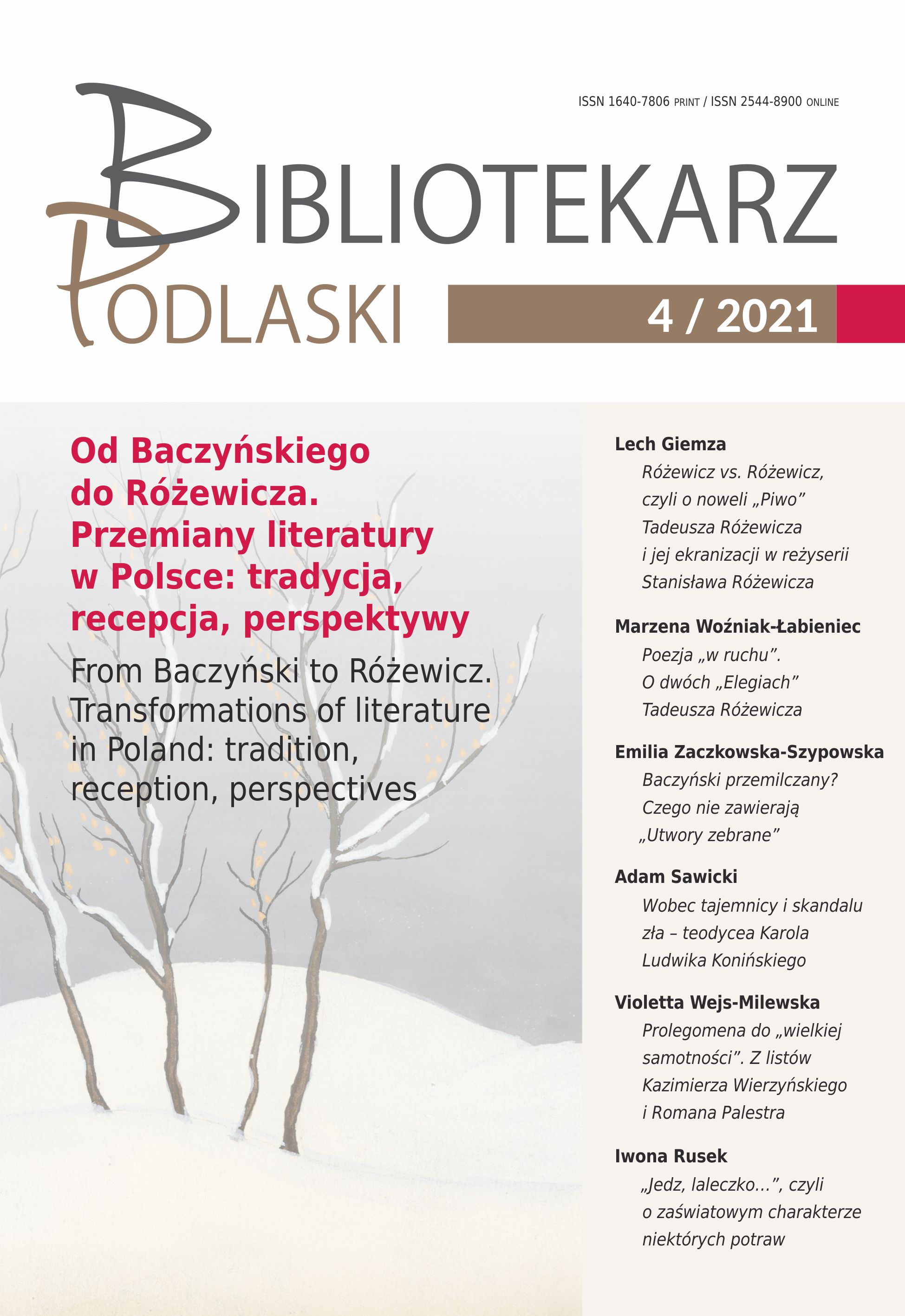 The author of this article makes a comparative interpretation of Tadeusz Różewicz’s novella Piwo [Beer] and its film adaptation directed by Stanisław Różewicz. Among other things, the researcher asks the question: to what extent do the differences between the film material and the text material – in this particular case – stem from the specificity of the film language and its autonomy in relation to literature? He believes that this can be explained by the fact that the action of the film takes place only in the station’s waiting room; the movement between the inn and the station, undoubtedly justified in the case of the original text, would be for the viewer something illegible and disturbing to the sequence of events. The multilevel linguistic code forcing symbolic readings, so important in Różewicz’s prose, seems, however, not to be translatable (at least not in its entirety) into the language of the image, which enforces a number of other artistic solutions. It seems that the film work here speaks the language of symbols on a different level.

This work is licensed under a Creative Commons Attribution-ShareAlike 4.0 International License.